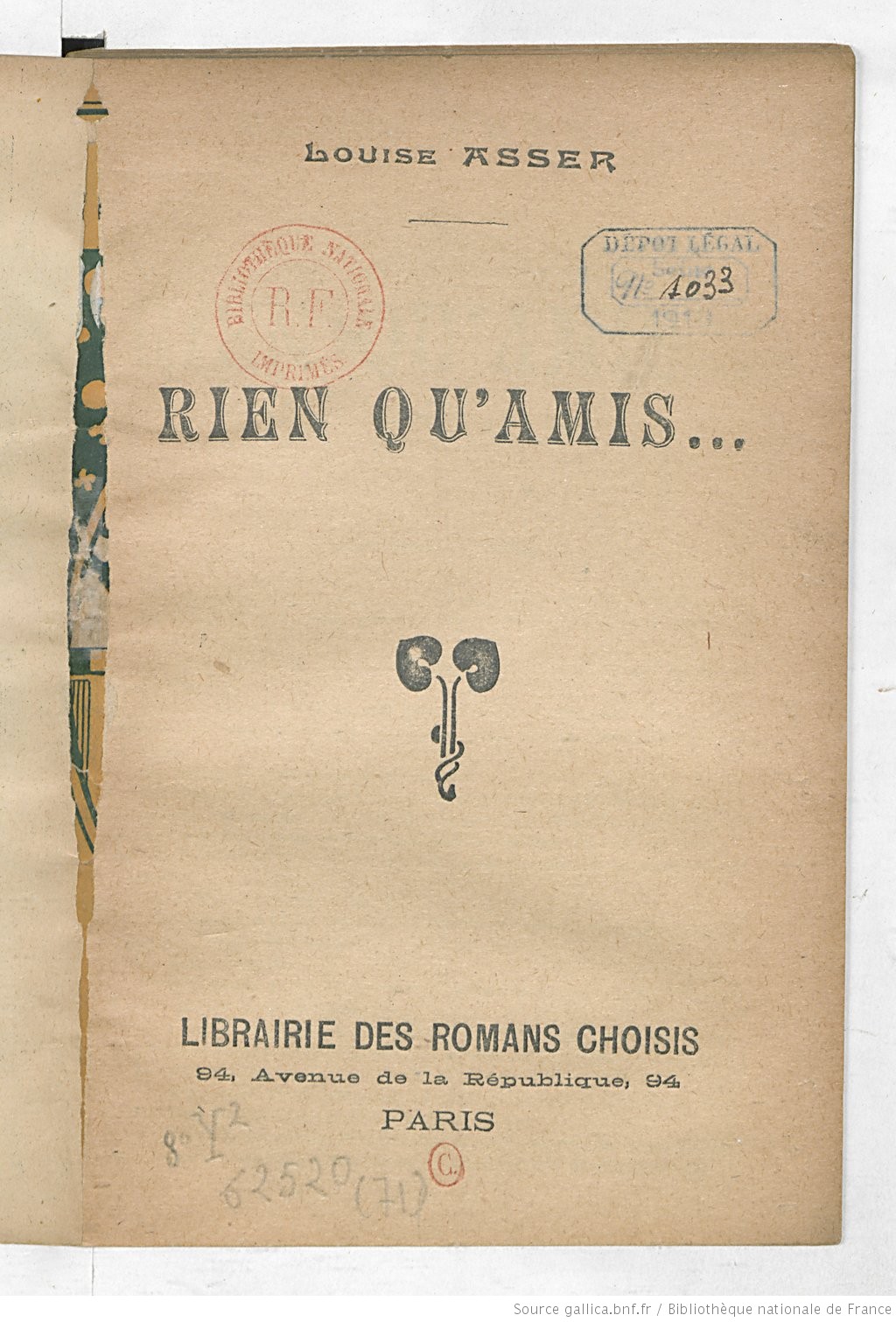 Louise Gruizet-Asser (1880-1958). Henri Gaillard helped Louise get admitted to the Societes des Gens de Lettres.  Well-educated, she was a novelist and poetess of the Belle Epoque. Her novels were considered erotic, but now they read as romance stories; thus she was considered a daring writer. An example of her French novel is available. She wrote a poem, like a prayer, about the power of being a woman. After writing five novels and some poems, she became DeafBlind and retired to a quiet, family life with her husband who was an artist (Cantin, Yann). There is very little information about her, so this biography needs expansion.

Henri Gaillard wrote an article about Louise in the Gazette des Sourds Muets, "The Work of the Deaf-Speaking", February 1917. Another article is "The archives of the deaf community in Paris, what possibilities for a broader perspective? " by Yann Cantin. Use interlibrary loan to request these articles.