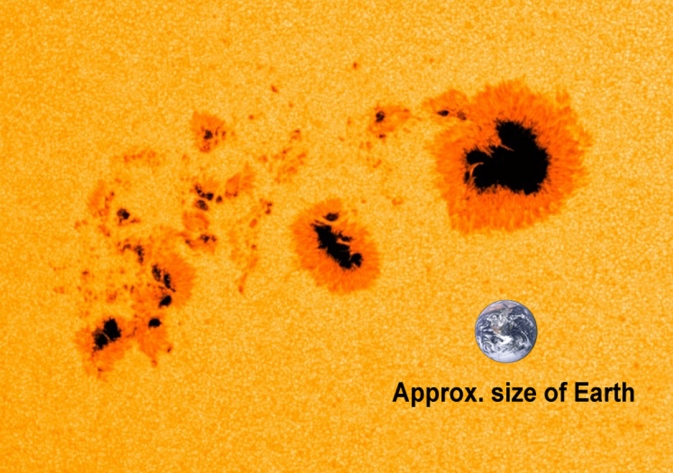 The picture of the sunspots on the left is from NASA. Dr. Harry Lang mentions Yukiaki Tanaka in his book, Silence of the Spheres. Tanaka became deaf at age two and attended the Japanese School for Deaf Children and left when he was nine. During WW II, he applied for a position at the Tokyo Observatory. His work involved observations of sunspots and solar prominences. In 1951, he identified three faculae near the north pole of the sun. His work was included in astronomical texts.