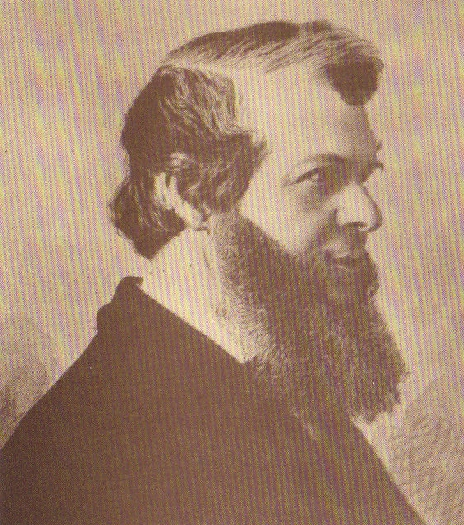 (1830-1893)----Edmund Booth was a student at the American School for the Deaf, and later taught at the school. An adventurous pioneer, he settled in Iowa where he published a newspaper, Anamosa Eureka as an editor and owner. Later, he was involved with the Gold Rush for a few years. His leadership is evident in the founding of Deaf organizations and schools.  He influenced the development of deaf education in Iowa through his involvement with the Iowa legislature and was a recording secretary. During the Civil War, he used his newspaper to write about abolition and was a supporter of women's suffrage.

“The visionary Booth remained an activist for more than four decades, fighting through his editorials for the rights of African Americans to vote, for women’s suffrage, and for universal suffrage.  He attacked the Ku Klux Klan with a vengeance.  Booth was revered in both the hearing and deaf communities.” (Lang, H. G. (2017). Fighting in the shadows: The untold story of deaf people in the civil war. Washington, DC: Gallaudet University Press, p. 209).