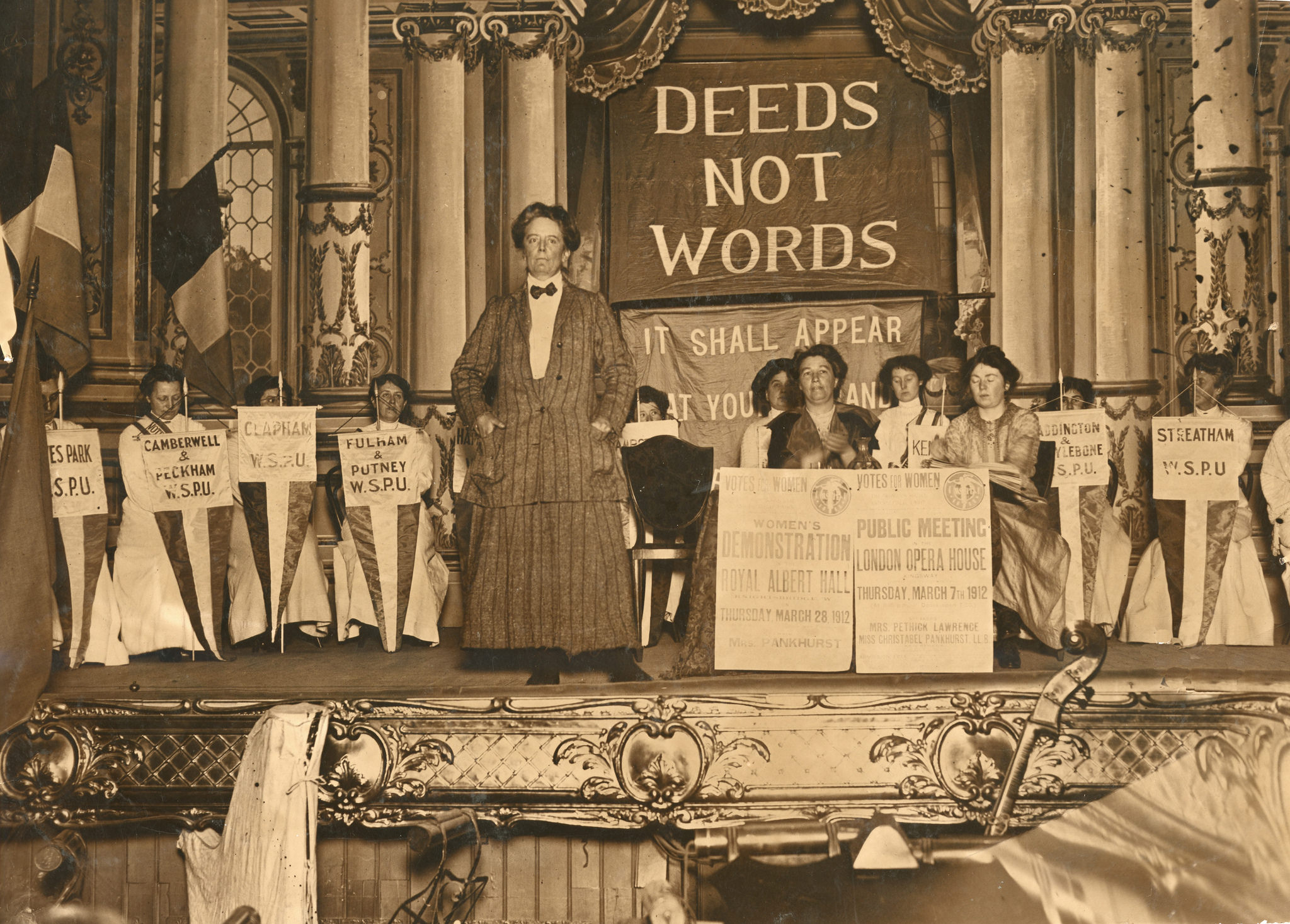 (1858-1944). One of the most prominent pioneering women composers of her time, she was also a leading figure in the suffrage movement. In 1911 she wrote ‘The March of the Women’, dedicated to Emmeline Pankhurst. It became the official anthem of the Women’s Social and Political Union and suffragettes around the world took up Ethel’s rallying cry. The words are by Cicely Hamilton. She was imprisoned for throwing a rock through a window of the houses of Parliament. (Meet the composer who was also a suffragette: Ethel Smyth)