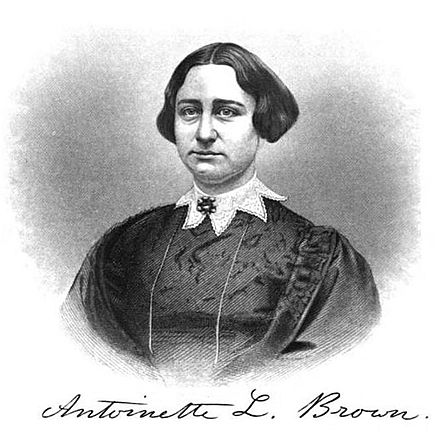 (May 20, 1825 – November 5, 1921) Antoinette was the first American woman to become a Protestant minister. A Henrietta native, she was a brilliant student and educated at Oberlin College. She contributed articles to the North Star, a periodical that Frederick Douglass oversaw. After participating as a speaker at the First Women's Rights Conference, she toured the country as a public speaker to advocate for women's suffrage. She and Lucy Stone formed an organization, the American Women Suffrage Association, due to disagreements with Susan B. Anthony. In 1920, elderly, deafened, and blind, she finally cast her vote.

If you need to order a book via ConnectNY, use the link below.