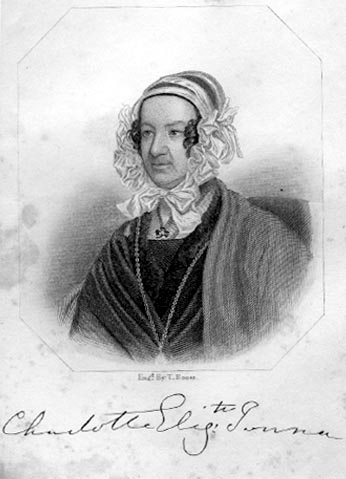 (1790-1846) Born in Norwich, England as Charlotte Elizabeth; deafened around age 10. Married a Captain Phelan, but apparently wrote under her maiden name ("Elizabeth" is the surname). First a writer of religious tracts, she gradually turned to more "mainstream" works. Her written works promoted women's rights, "The Wrongs of Woman".   Harriet Beecher Stowe commented on Tonna's writings in The Works of Charlotte Elizabeth. Tonna's poetry also became popular in America. After Phelan's death, Elizabeth married Lucius H.J. Tonna in 1841. Died in London.