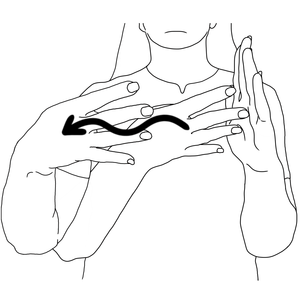 There is a library named Bibliothèque Louise Walser-Gaillard in her honor. It is the first library to be named for a Deaf activist. The picture on the left is from Bibliopi.

The picture below is by Jpalagia - Own work, CC BY- 4.0. Louise Walser-Gaillard (1879-1920). A strong sign language advocate, she drew criticism from her former school

director, Angelique Camau (or Mother Angelica) (from the National Institution for Deaf-Dumb Bordeaux)  at the 1912 International Congress of Deaf-Mutes in Paris, when she explained that students comprehended lessons better when taught in sign language instead of the oral method.  She became known as "Jeanne d'Arc of the Deaf-Mutes" and received support from women at the 1913 Conference of the National Association of the Deaf (Dr. Karen Christie-see link below).

She was an elegant signer, a poetess, and a writer. Her work was published in Revue des Sourds-Muets. Her second husband, Henri Gaillard, was an editor of a Deaf newspaper, Gazette des Sourds-Muetsa, and a printer, activist, and writer.