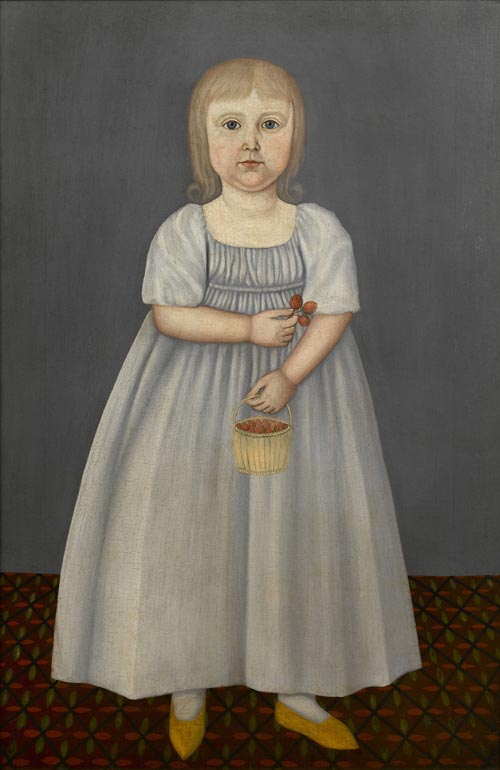 John Brewster, Jr. was deaf-mute from birth. He studied painting under Rev. Joseph Steward (1753-1822) and began to paint professionally by the early 1790s in the area around his native Hampton, Connecticut. By 1796, he relocated to Buxton, Maine, where he lived between periods of itinerancy. Brewster (aged 51) was enrolled in the Connecticut Asylum for the Education and Instruction of Deaf and Dumb Persons from 1817 until 1820, after which he resumed his career as a painter. Throughout his successful career, Brewster traveled widely in Connecticut, Maine, Massachusetts, and eastern New York State